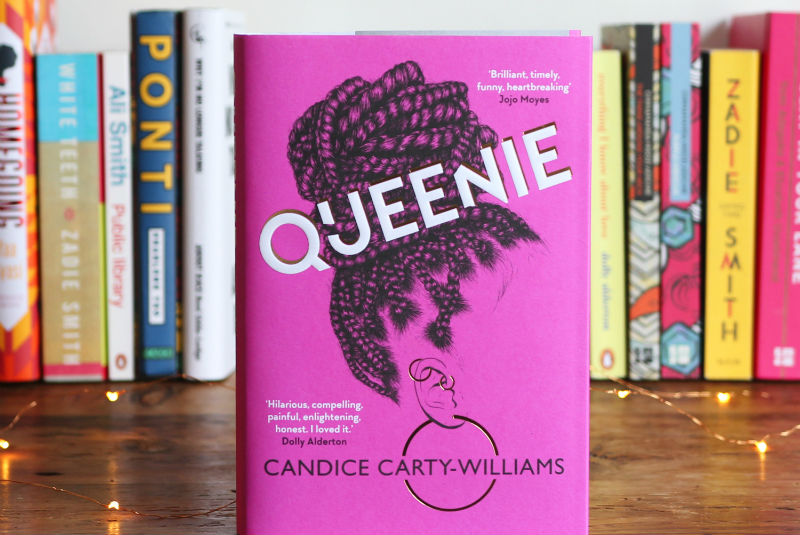 “I wished that well-meaning white liberals would think before they said things that they thought were perfectly innocent.”

Queenie Jenkins is a 25 year-old Jamaican-British woman living in the hustle and bustle of London, walking a fine line between two cultures and yet never seeming to find her sense of place in either. She works at a local newspaper where she cannot help but feel compared to her white middle-class peers, with a sense of inferiority plaguing her interior. Then comes the messy breakup that we are not completely unfamiliar with, in which Queenie finds herself in the midst of despair and low self-esteem. Her decision-making skills become evidently askew as she finds herself in some fairly compromising positions with her job, her friends and her dating life.

Initially, I really struggled with the turmoil as to whether I would actually read this book. With reviews that were flooding in upon the release of the novel, I felt a little unsure of the ‘Bridget Jones-esque’ piece of chick-lit that it was being labelled as. With my to-read pile dwindling down to a new low, I tentatively picked it up and willed myself to maintain an open mind – and I am really thankful I did. This was a rare read that caught me off guard with the places it guided me to. Don’t get me wrong, the opening of the book warmed me up with a sense of light British humour as we are presented with Queenie as a fun and loveable character. The initial scenes setting up the dynamic between Queenie and her Jamaican grandparents, and then between her and her friends – affectionately known as “the corgis” – made me giggle at the relatability of it all.

Then I was blindsided by the sudden dark and meditative places I was taken. We are given an intimate play-by-play of Queenie’s steady decline as she fumbles through her new singledom. In comparison to Bridget Jones’ clumsy yet charming character, Queenie is more complex and multi-layered. You have to move past her humorous façade to be exposed to her vulnerability and her personal struggle with her mental health, and not to mention her battle with the casual racism she is confronted with on a day-to-day basis.

I know a lot of fellow readers have been critical of the depiction of Queenie’s character as she is placed in many sexually-degrading positions, however I think this creates a powerfully raw snapshot of what it is to be a modern woman trying to find meaning in today’s world – a world that can still allow for racist hate and a patriarchy. We don’t always get it right, and neither does Queenie for that matter.

Our author navigates us through notions of dating, anxiety and racism through the lens of a Jamaican-Brit, and she does it with a great sense of humour and a lack of grace. The hilarity of the book is sourced from its oversharing to the point of great cringe-factor in the most inappropriate moments of Queenie’s journey, whilst adding a support network of totally badass female sidekicks. For me, the impact of the novel’s serious discourse was so much more powerful as it was juxtaposed against a backdrop of humour, honesty and friendship.

And so after completely devouring this book I have concluded that this was not even close to another fun-loving Bridget Jones comedy – it was a much more contemporary, bold, diverse and feminist take on the age-old tale of the flawed heroine. Queenie is fun, messy and realistic – she is an outstanding protagonist in which we can resonate with, and who may even help to heal many readers.