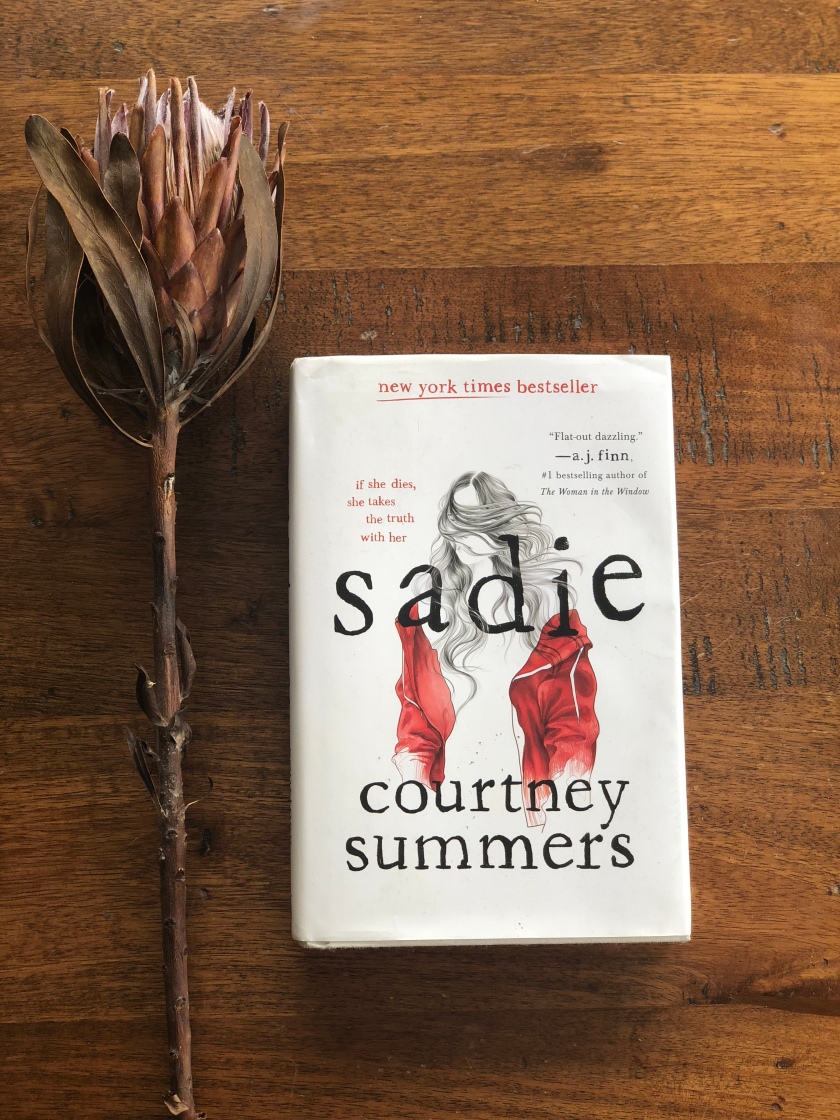 In the short span of her life, Sadie has endured an adolescence of disappointment, neglect and heartache. Her younger sister Mattie is what drives her towards purpose as she struggles to raise her sister and keep their heads above water – until Mattie is found dead. As Sadie’s world crumbles, she becomes possessed with the need of seeking revenge and sets off to bring Mattie’s killer to justice, making her a missing person. When West McCray – a radio host running a podcast on the small neglected towns of America – learns of Sadie’s story, he quickly becomes obsessed with finding the missing girl. He launches a podcast to find some answers, eagerly tracking Sadie’s every move and furiously hoping to find her before it’s too late.

Unconsciously, I always make the same mistake of underestimating YA fiction and the power it can yield – until I stumble across a novel like Sadie, which hit me so incredibly hard. Summers has a clear knack for crawling into the deepest and darkest crevices of a young woman’s mind – deconstructing her grief, hopes, passions and sense of self. She does it in such a manner where she breaks the binary of the unique/universal character by creating a fictional reality for them to inhibit both characterisations, and hence adding so many more layers to young female characters than what is typically constructed in the majority of YA literature.

I think the framing of this narrative was exceptional. I was a bit hesitant going into it, as the author splits the narrative between a radio presenter, West McCray, as he investigates Sadie’s disappearance, and the first person perspective of Sadie herself, as she hunts down her sister’s killer. The juxtaposition between West McCray’s detached voice and Sadie’s voice of determination and passion works so well in deepening your emotional investment with Sadie.

Following Sadie’s journey put me through the ringer of the emotional spectrum – I wept, I held my breath, and my hair stood on end at numerous points as I gripped onto my hope for Sadie with both hands. Don’t be fooled, this isn’t just your typified revenge tale – in fact, Summers breaks the convention of the hero quest narrative as she arms her female heroine with both ferocity AND emotional sensitivity. My heart ached for Sadie as she was let down by every single person in her life who should have been protecting her – which mirrors the ways in which so many young women in reality who are let down by those who are supposed to care for them. This is a novel that holds all the adversity in which women face every single day, and how that can impede on their trust and self-assuredness in the world. This novel is a rare testament to the nature of sisterly and maternal love, in all of its goodness as well as horror, but its also a novel of the fighting power women still hold in light of violence, whether that be sexual, physical or emotional abuse. This is a book that still tenses every inch of me whenever I reflect back on it, which may be one of the very first YA books that have ever had this effect on me.