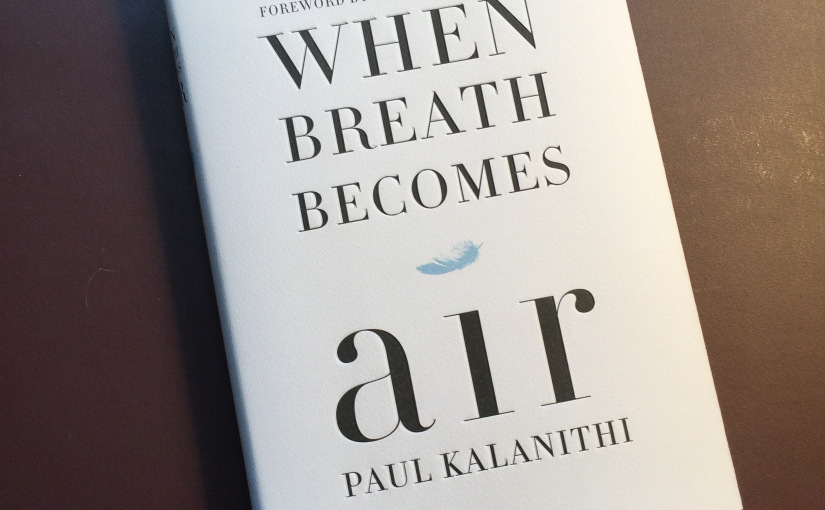 Paul Kalanithi’s memoir, When Breath Becomes Air was written whilst he was adapting to a recent diagnosis of terminal cancer. The sad irony is however, that Kalanithi was a neurosurgeon – 36 years old and just mere months away from completing his residency at Stanford which would propel him into a world of endless opportunity and succession.

Kalanithi was by all accounts, one of those incredibly rare people you are acquainted with only a handful of times within your lifetime. He began his academic journey by completing two BAs and an MA in English literature at Stanford and then underwent a Masters of Philosophy at Cambridge, right before going on to graduate from the Yale School of Medicine. Reading his educational history, I was completely awestruck with the vastness of his knowledge and skills.

All academic impressiveness aside, this book delves so much deeper than just Paul’s academic success. He embarks on his journey of medicine to grapple with the nature of suffering – being purely motivated to satisfy the question of what makes human life more meaningful, even in the face of death and decay. In the first section of his memoir, Paul provides fascinating anecdotes about transitioning from being a medical student, to a seasoned neurosurgeon. Prior to his diagnosis, he believes he maintains a practical understanding of the pain and suffering of his patients. However this shifts dramatically when he role is reversed, and he goes from being the doctor who sympathises with the suffering, to the patient who now actually needs the comforting – he quickly realises that no amount of medical experience could prepare him with this endurance of suffering in the face of death.

Now this isn’t a book that I have recently discovered, but has been a book that I have gone to numerous times for perspective, and will most probably pick up many times more in the future. Kalanithi’s prose is nothing short of being philosophical, poetic and eloquent, which makes it abundantly clear that he was not only a gifted healer, but also an exquisite writer. This piece is superimposed with so many depths of meaning and human experience, which I think makes it one of those rare works of non-fiction that is relevant and enlightening for a vast variety of readers – I can literally recommend this to any individual and feel confident that they will connect with this book on a level that is pertinent to themselves. Be warned, you may find yourself in some pretty emotionally vulnerable circumstances whilst reading this – take me for example, who was the girl that committed to the fully-fledged ugly crying scenario whilst I was on a flight, with disapproving glares and concerned expressions from my fellow passengers. But all in all, When Breath Becomes Air is one of those transformative reads, that will stay with you for many years to come – I know it has for me.